It is big fish city at the moment with rainbows and browns pushing the 20lb mark!
All five species of trout present (rainbows, browns, blues, tigers and spartics)
Andrew Walsh caught all five species in one session last week! The winning tactic was a black tadpole fished on a floating line. He had eight trout in total and his best fish was 7lb brownie. Good angling Andrew. Reportedly, another angler caught and returned a 20lb rainbow on the same day.
Ricky Newbolt had a great session his 13 fish haul included: 6 rainbows, the best of which was 11lbs 8oz, 4 spartics, the best of which was 6lbs, 2 browns, the best of which was a whopping 15lbs and a 2lb blue trout. Ricki used an apps worm fished on an intermediate line.
Scott Pozzi had a belting brownie of 14lbs 8oz and on Monday night Thomas Luke had a stunningly marked double figure brownie it was at least 11lb and was returned to fight another day. Thomas has had hold of at least three other double figure fish that I know of. However they either pulled the hook disappeared round islands to parts unknown.
Phil Wilson caught this stunning 14lb 8oz rainbow on a black sedge fished dry. His heart was in his mouth when he saw this monster roll over his fly!
There have been many more great catches recently, but not many anglers are filling in the returns book, which is understandable considering the circumstances. However, please do feel free to send me your reports and photos for me to use. 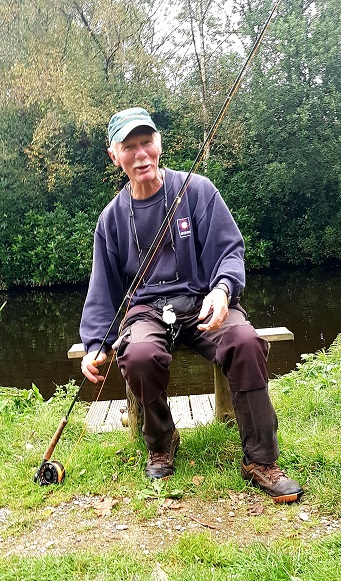 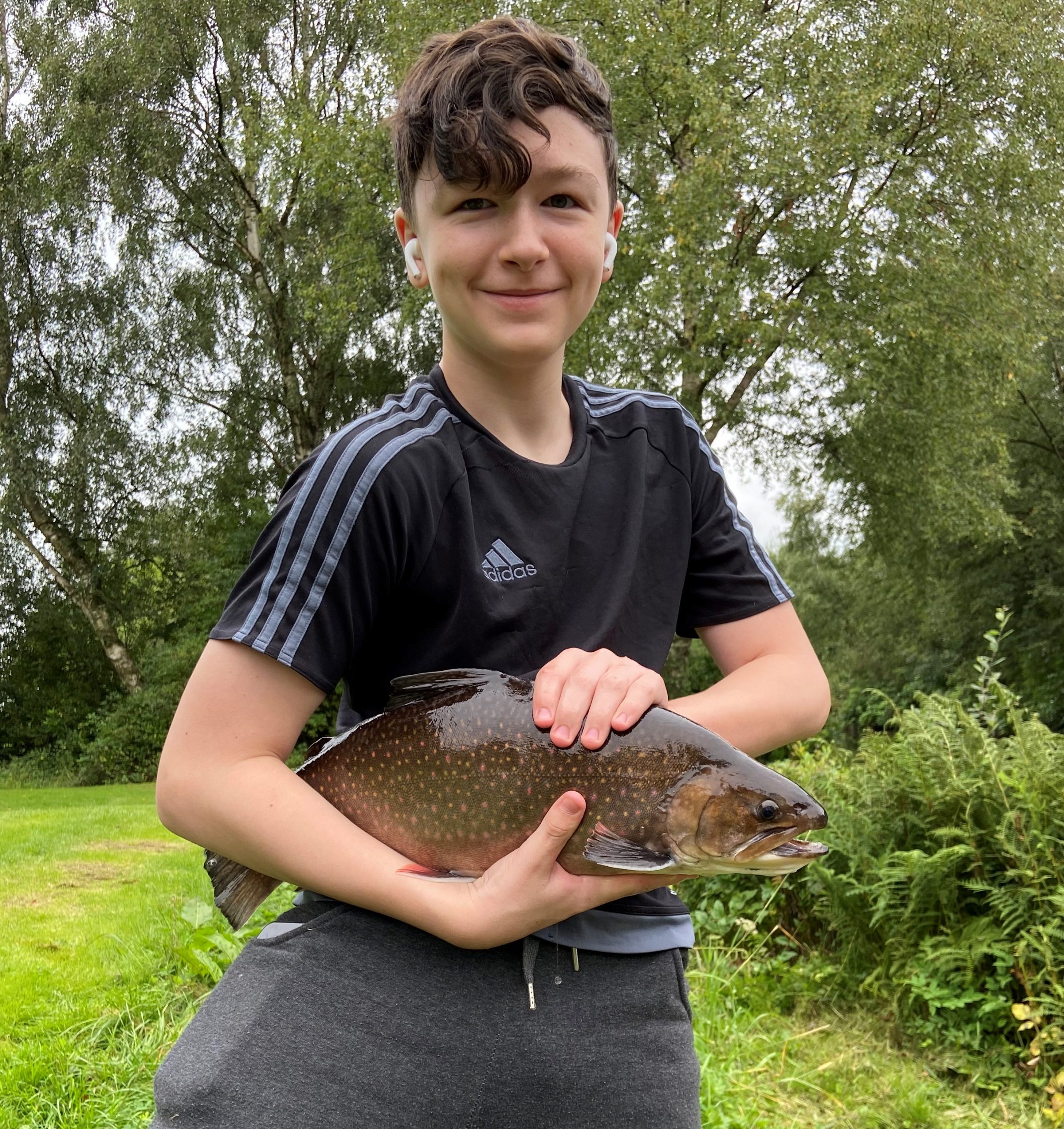 Joshua Holland caught this spartic on his home tied pattern 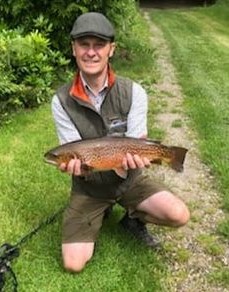