Stocks Reservoir and Bank House Fly Fishery are both open for fishing. We have hand sanitiser at the point of sale in both shops. However, if you prefer you may call prior to your visit and pay for your ticket by card over the phone. Then you may just go straight onto the water and enjoy some fresh air without entering the shop.
Bank House is currently fishing extremely well to both the bung and the washing line. Ian Gaskell had over 28 trout on Sunday. He fished an egg, amongst other things about 18” under the bung. His catch included rainbows to over 6lbs, a blue of 5lbs, Spartic trout up to 4lbs and brownie of 11lbs! He played another brown trout that he estimated to be between 15 -20lbs as it cruised past him just subsurface Jaws like! Unfortunately, this beast was too much for his 5wght rod and light tippet material and disappeared off with one barrel in tow. His son Liam caught a nice tiger trout but unfortunately, this species eluded Ian. Good angling though Ian
Joe Krejbich also had a cricket score, this time fishing bloodworm under the bung. Joe caught mainly rainbows up to 7lbs. Well done Joe.
Ricki Newbolt has been using the washing line great effect on Bank House. He has been consistently getting into double figures. Ricki uses a floating line with two small black buzzers on the dropper and either a FAB or booby on the point. He landed fifteen on his last visit and his catch included a big double figure rainbow.
The fishing at Stocks has been great when the conditions suit and tougher when windy. The bank has been much more consistent than the boats, and we’re seeing good catches daily. The best tactics have been a floating line or slow sinking intermediate line with either, a team of cormorants slowly twiddled back, or a team of buzzers fished on the washing line with FABs on the point. A more details Stocks report will follow shortly. Tight Lines Ben
Stocks: 01200 446602
Bank House: 01524 770412 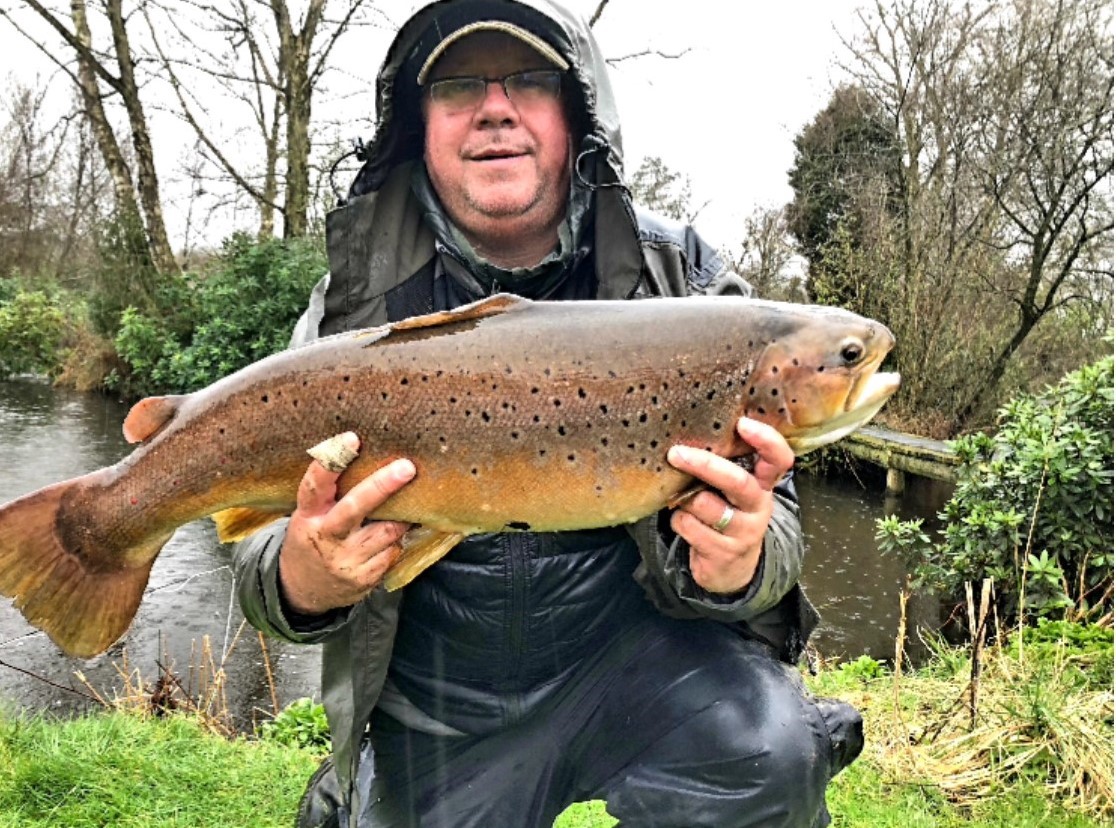 Ian Gaskell landed this 11lb+ brown trout and lost another that dwarfed it.